I’m a little behind on posting a 2 month update, but here it is! 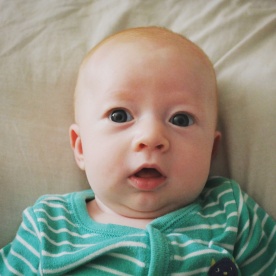 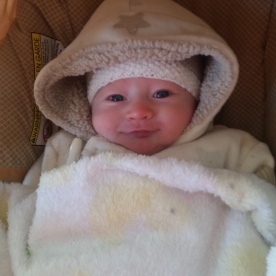 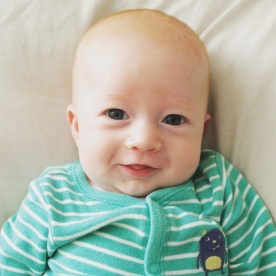 ~ Loves to smile, mostly at momma when she talks in her cutesy baby voice (aka as making a fool of herself).

~ Had his first laugh on November 9th (his two month birthday) for mommy when she was playing with him and tickling him.

~ Loves to laugh when being played with and tickled.

~ Loves to “talk” to us by saying, “hooooo” and making other cooing sounds. We even have little conversations.

~ Has very good head control and loves to stand.

~ Does tummy time a little bit every day.

~ Falls asleep in his car seat when bundled up to go for a walk. This is what we do when he is hard to settle. I’m glad that he enjoys going out for walks now. November has been beautiful with our first snow and mild temperatures!

~ Enjoys his swing and looking at the mobile above it with the toys that Autumn and Kesa made on the Rainbow Loom for him. One is a Pokemon Moltres, that I call his chicken. He loves his chicken!

~ Listens to music and watches live band videos with daddy.

~ Gets buttoned up in his sleepers with Serafina. (She loves to watch me dress him and even tries to put some of his sleepers on herself!)

~ Sleeps very well in the night now (11 weeks). Goes to bed anywhere from 8pm-11pm and sleeps until 7am-8am. Wakes up to eat a bit, but not fully because we are co-sleeping/breastfeeding.

~ Has reddish, blond hair and eyes are still blue for now. 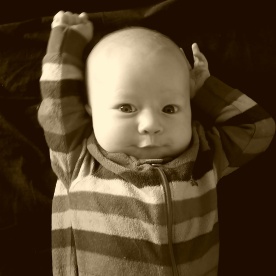