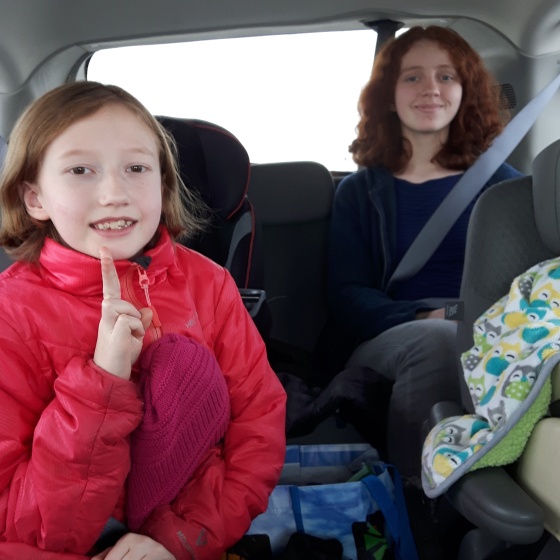 We decided to take the kids on a mini vacation. That is, all the kids except Serafina.

I’ve been wanting for years to break the traditional Christmas normalcy of buying (too many) gifts for the kids. They all get stuff at Birthdays and Christmases every year and it just ends up being a lot, especially all at once. Its a whirlwind of stuff, stuff, and more stuff and I feel that the stillness and sacredness of Christmas gets lost in that whilwind. I’ve definitely refined how I do birthdays and Christmases but I still feel like it’s not exactly feeling how I want it to.

So this year I convinced Craig that we will do something instead. We will start to make more memories with the kids, even if it means we have to do something that I don’t exactly feel proud of, which is leave Serafina behind at times. It’s just the only way we can do certain things. 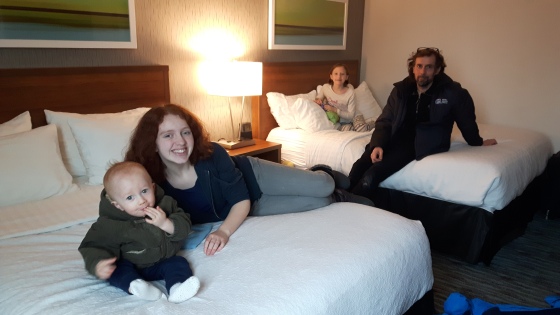 We rented a hotel room for a night in the city and gave Autumn and Kesa each a bit of spending money to pick what they want for their Christmas gifts (early). We went shopping at Value Village and got a whole bunch of extremely great clothes second hand which we needed. We got organic food and went for ice cream as a treat. We browsed a bookstore and some smaller, local shops and made some purchases. Autumn got an owl pendant with crystals, some perfume, and some pins for her purse, I got an amethyst candle holder, Kesa got a mini jewellery box, a stuffed animal, and some slippers. We enjoyed the pool and each other’s company.

The idea was great and we had a great time except for at night when Pheonyx wouldn’t fall asleep in the strange hotel room. I also had to sleep with him on the floor so he wouldn’t roll off the bed, so Craig, Pheonyx and I didn’t sleep well, but aside from that, I’m happy with the whole idea. If we do something like this again, I’ll definitely wait until Pheonyx is older and sleeping on his own.

(When he first peacefully fell asleep, before I moved with him to the floor)

The girls had a blast and that’s really what it’s all about.  Now when all the gifts come pouring in from relatives at Christmas it won’t be so much all at once. And at least I know that this mini vacation will be something that they’ll always remember.

I’m just also still working on not feeling guilty leaving Serafina behind. It’s been a long time since I/we did fun things outside of the house with the other kids because it’s hard for me to not feel guilty or sad in the back of my mind that she can’t be with us and do things like this, but I know that we have to have some fun too and I don’t want them to think of their sister as only a burden to fun and normalcy.